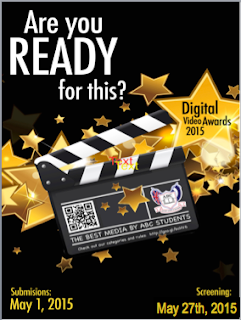 The ABC Digital Video Awards take place toward the end of each school year. The event is a gala affair, the purpose of which is to spotlight and celebrate excellence in student video production.

This year's DVA is promising to be the best yet, with more categories than ever and plenty of excitement and anticipation building, as we count down the days until May 27th!

This year we have 9 Main categories some of which contain up to 5 sub categories based on grade level and experience. There are a total of 89 nominees drawn from both the Primary and Secondary Schools.  This is an astounding number and reflects the high level of interest students at the ABC invest in video production and the DVA. Their work has been published in playlists, both on Youtube and using Google Drive,  for the ABC Community to view and vote on.

The videos are promoted each morning through short category remixes during  announcements as well as on posters which have been placed at key locations around the school.

Hundreds of votes have poured in since voting opened on Sunday evening and we anticipate many more before voting closes on Friday morning.

We look forward to reporting back in two weeks,  with more details and pictures from the event. 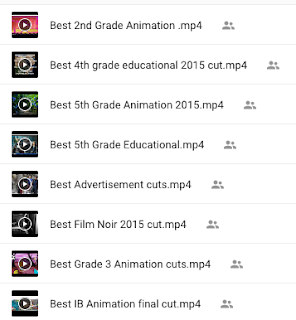 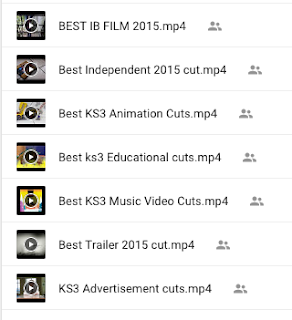 Posted by mrsjgarcia at 09:25 No comments: